Biography of Some several Mathematicians. 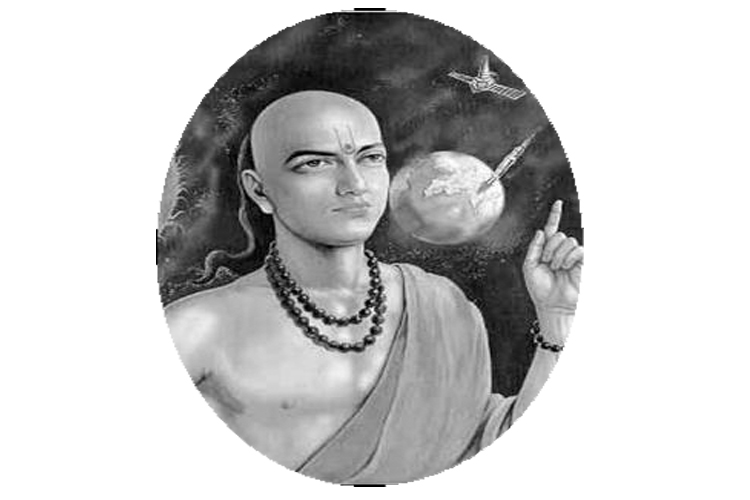 Aryabhata was one of the first Indian mathematicians and astronomers belonging to the classical age. He was born in 476 BC in Tarenaga, a town in Bihar, India. It is however definite that he travelled to Kusumapara (modern day Patna) for studies and even resided there for some time. It is mentioned in a few places that Aryabhata was the head of the educational institute in Kusumapara. The University of Nalanda had an observatory in its premises so it is hypothesized that Aryabhata was the principal of the university as well.

Aryabhata wrote many mathematical and astronomical treatises. It covers several branches of mathematics such as algebra, arithmetic, plane and spherical trigonometry. Also included in it are theories on continued fractions, sum of power series, sine tables and quadratic equations.

Aryabhata worked on the place value system using letters to signify numbers and stating qualities. He also came up with an approximation of pi ( ) and area of a triangle. He introduced the concept of sine in his work called ‘Ardha-jya’ which is translated as ‘half-chord’. 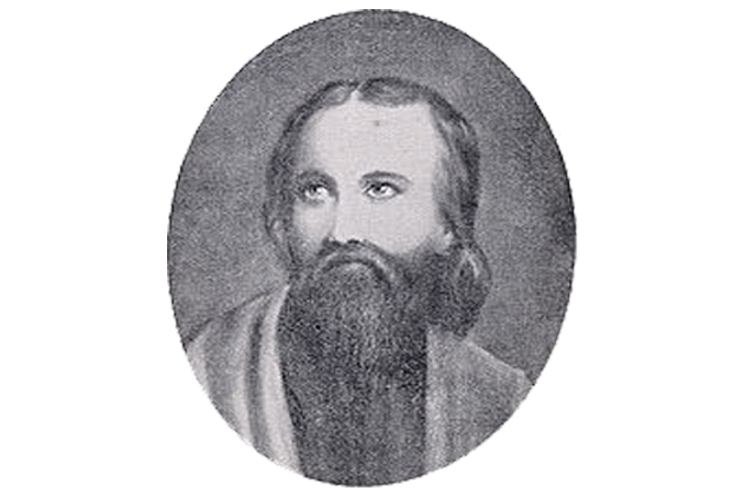 Apollonius of Perga was known as 'The Great Geometer'. Little is known of his life but his works have had a very great influence on the development of mathematics, in particular his famous book Conics introduced terms which are familiar to us today such as parabola, ellipse and hyperbola.

The mathematician Apollonius was born in Perga, Pamphylia which today is known as Murtina, or Murtana and is now in Antalya, Turkey. Perga was a centre of culture at this time and it was the place of worship of Queen Artemis, a nature goddess. When he was a young man Apollonius went to Alexandria where he studied under the followers of Euclid and later he taught there.

Hamilton was proficient in arithmetic at an early age. But a serious interest in mathematics was awakened on reading the Analytic Geometry of Bartholomew Lloyd at the age of 16. (Before that, his acquaintance with mathematics was limited to Euclid, sections of Isaac Newton’s Principia, and introductory textbooks on algebra and optics.) Further reading included works of the French mathematicians Pierre-Simon Laplace and Joseph-Louis Lagrange.

Mathematician Blaise Pascal was born on June 19, 1623, in Clermont-Ferrand, France. In the 1640s he invented the Pascaline, an early calculator, and further validated Evangelista Torricelli's theory concerning the cause of barometrical variations.

In the 1650s, Pascal laid the foundation of probability theory with Pierre de Fermat and published the theological work Les Provinciales, a groundbreaking series of letters that defended his Jansenist faith. Pascal is also widely known for his body of notes posthumously released as the Pensées. He died in Paris on August 19, 1662.

In 1640, Pascal also published his first written work, Essay on Conic Sections. The writings constituted an important leap forward in projective geometry, which involved transferring a 3-D object onto a 2-D field. 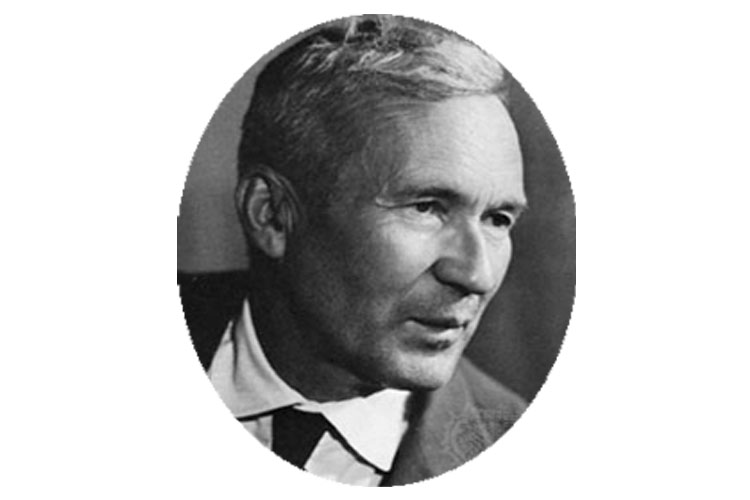 A.N. Kolmogorov was born on April 25, 1903 in the town Tambov in Russia. His father—Nikolai Kataev, a son of a clergyman working as an agronomist, and his mother Mariya Yakovlevna Kolmogorova, were never married. He was named after his grandfather, Yakov Stepanovich Kol-mogorov instead of his own father. The mother tragically died in childbirth at Kolmogorov’s birth, which happened while she was travelling back home from Crimea

The post-war period in Kolmogorov’s scientific life can be characterized by two words: harmony in diversity. Kol-mogorov was working on an unusually large spectrum of topics: probability theory, classical mechanics, ergodic theory, the theory of functions, information theory, and algorithm theory.

Born on January 4, 1643, in Woolsthorpe, England, Isaac Newton was an established physicist and mathematician, and is credited as one of the great minds of the 17th century Scientific Revolution. With discoveries in optics, motion and mathematics, Newton developed the principles of modern physics. In 1687, he published his most acclaimed work, Philosophiae Naturalis Principia Mathematica (Mathematical Principles of Natural Philosophy), which has been called the single most influential book on physics. Newton died in London on March 31, 1727.

In August 1684, Halley traveled to Cambridge to visit with Newton, who was coming out of his seclusion. Halley idly asked him what shape the orbit of a planet would take if its attraction to the sun followed the inverse square of the distance between them (Hooke's theory).

The German Georg Cantor was an outstanding violinist, but an even more outstanding mathematician. He was born in Saint Petersburg, Russia, where he lived until he was eleven. Thereafter, the family moved to Germany, and Cantor received his remaining education at Darmstradt, Zürich, Berlin and (almost inevitably) Göttingen before marrying and settling at the University of Halle, where he was to spend the rest of his career.

Cantor’s first ten papers were on number theory, after which he turned his attention to calculus (or analysis as it had become known by this time), solving a difficult open problem on the uniqueness of the representation of a function by trigonometric series. His main legacy, though, is as perhaps the first mathematician to really understand the meaning of infinity and to give it mathematical precision. 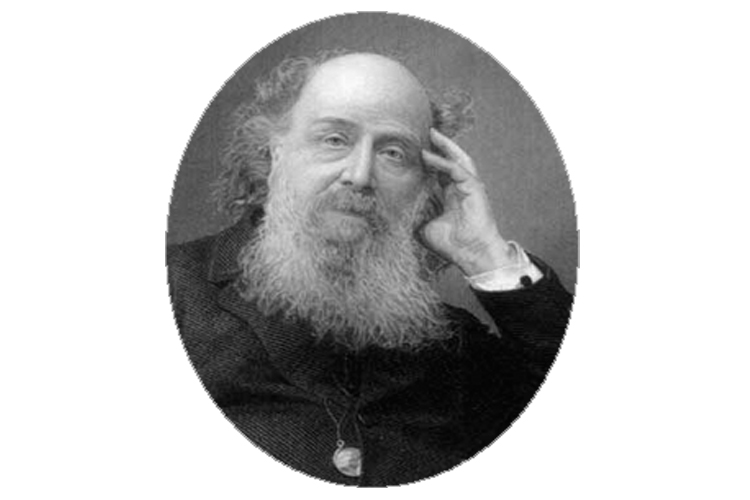 James Joseph Sylvester, (born September 3, 1814, London, England—died March 15, 1897, London) British mathematician who, with Arthur Cayley, was a cofounder of invariant theory, the study of properties that are unchanged (invariant) under some transformation, such as rotating or translating the coordinate axes. He also made significant contributions to number theory and elliptic functions. 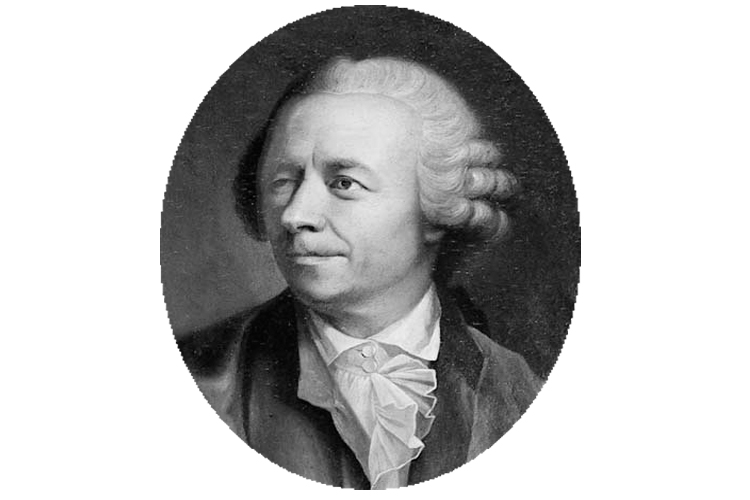 Born on April 15, 1707, in Basel, Switzerland, Leonhard Euler was one of math's most pioneering thinkers, establishing a career as an academy scholar and contributing greatly to the fields of geometry, trigonometry and calculus, among many others. He released hundreds of articles and publications during his lifetime, and continued to publish after losing his sight. He died on September 18, 1783.

Leonhard Euler was born on April 15, 1707, in Basel, Switzerland. Though originally slated for a career as a rural clergyman, Euler showed an early aptitude and propensity for mathematics, and thus, after studying with Johan Bernoulli, he attended the University of Basel and earned his master's during his teens. Moving to Russia in 1727, Euler served in the navy before joining the St. Petersburg Academy as a professor of physics and later heading its mathematics division.

Augustin-Louis Cauchy was born on 21 August 1789 in Paris, France, as the son of Louis Francois Cauchy, a senior French government officer and Marie-Madeleine Desestre. He had two brothers – Alexandre Laurent Cauchy and Eugene Francois Cauchy.

His engineering job, however, did not hold his interest for long. He returned to Paris in 1812, in the hopes of obtaining a mathematical position. Even though he did not resign from his job, he spent the next three years on unpaid sick leave, working on mathematical research.

Augustin-Louis Cauchy is best known for single-handedly developing Complex analysis, traditionally known as the theory of functions of a complex variable. This branch of mathematical analysis investigates functions of complex numbers, and is useful in many branches of mathematics, as well as physics.

Pierre Simon Laplace was born at Beaumont-en-Auge in Normandy on March 23, 1749, and died at Paris on March 5, 1827. He was the son of a small cottager or perhaps a farm-labourer, and owed his education to the interest excited in some wealthy neighbours by his abilities and engaging presence.

Secure of a competency, Laplace now threw himself into original research, and in the next seventeen years, 1771-1787, he produced much of his original work in astronomy. This commenced with a memoir, read before the French Academy in 1773, in which he shewed that the planetary motions were stable, and carried the proof as far as the cubes of the eccentricities and inclinations. This was followed by several papers on points in the integral calculus, finite differences, differential equations, and astronomy. 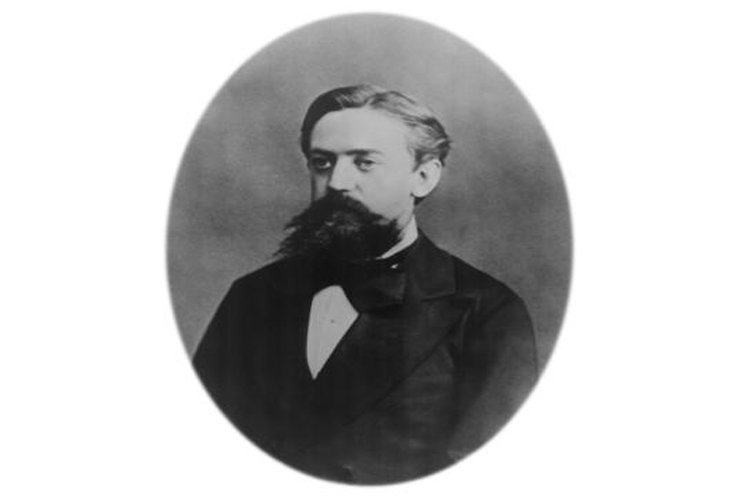 Leonid Vitalyevich Kantorovich (19 January 1912 – 7 April 1986) was a Soviet mathematician and economist, known for his theory and development of techniques for the optimal allocation of resources. He is regarded as the founder of linear programming. He was the winner of the Stalin Prize in 1949 and the Nobel Prize in Economics in 1975.

Linear programming was developed as a discipline in the 1940's, motivated initially by the need to solve complex planning problems in wartime operations. Its development accelerated rapidly in the postwar period as many industries found valuable uses for linear programming. The founders of the subject are generally regarded as George B.